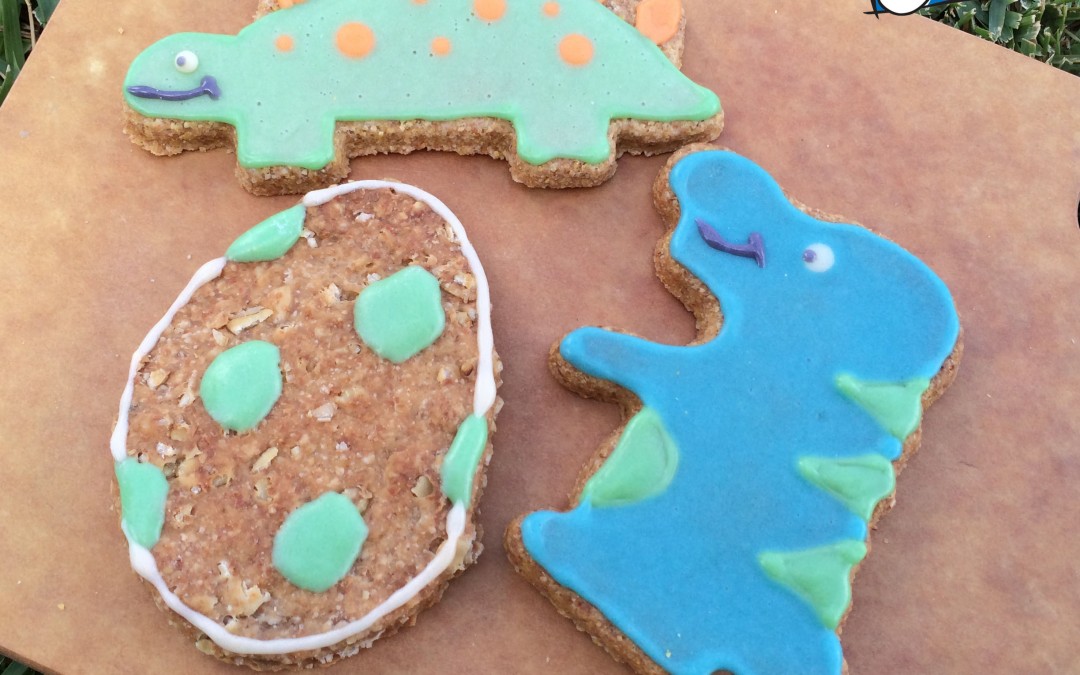 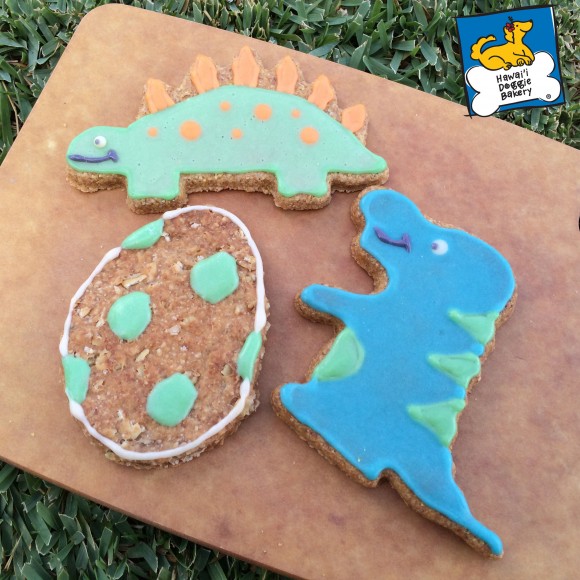 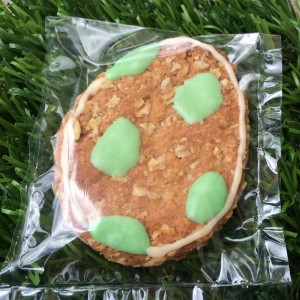 We all remember the classic dinosaur eggs from the first Jurassic Parks movies.  The ones that were genetically engineered from fossilized Dinosaur DNA.  We all waited with baited breath and watched that shaking egg.  What would come out??? 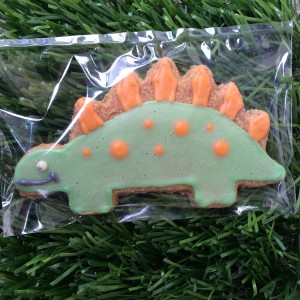 In our humble opinion, the most classic of dinosaurs, the mighty Stegosaurus!!  From his majestic spiny plates on his back, to the smile on his face, our version of the Stegosaurus is so cute, your dog is going to want to be his best friend, not eat him!  …NAH just kidding, of course he’ll get nommed up!  😉

Last but not least… 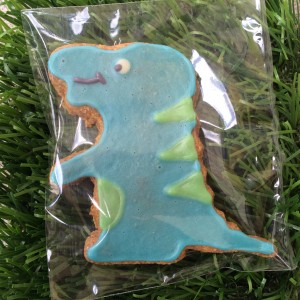 DON’T.  MOVE.  If you don’t move, he won’t see you!!!!!!!!  Well, we remember how that turned out in the first of the Jurassic Park movies.  Do you think the King of the Dinosaurs, the T-Rex will make an appearance in Jurassic World?  We didn’t want to take any chances, so we made sure to pay tribute to him in doggie-treat form!  We hope it pleases you, your majesty!!

And there you have it!  Our Jurassic World-inspired dinosaur biscuits.  Available starting TODAY at our Manoa shop!  Sold as singles or save if you get the set of 3.